Came across a couple of quotes that sound so great….really, don’t you think we underestimate the power of words many a time?

What a few words strung together with the threads of optimism and inspiration cannot do! :)

Talking about words and how they make people react, I think many organisations don’t make use of the techniques of communication (words, of course, play a key role in communication) to manage change…the easiest way to get things done is perceived to be through enforcement and superficial rewards. Words (communication as a whole, actually) can actually be the cheapest way to get things done….managers who use words manipulatively may succeed in the short run but leaders who can genuinely inspire and have the communication skills required for it would be extremely successful and powerful in the long run….

Email ThisBlogThis!Share to TwitterShare to FacebookShare to Pinterest
Labels: Quotes

How do you do?

How do you do,
originally uploaded by nimmypal.
An unexpected gift....was observing another bird but ended up catching this one on the lens....and at an amusing moment too! :)
Posted by Nimmy at Thursday, September 28, 2006 No comments:

Email ThisBlogThis!Share to TwitterShare to FacebookShare to Pinterest
Labels: Birds

At the start of the desert safari

At the start of the desert safari,
originally uploaded by nimmypal.
Words cannot do justice to this photo....in other words, I am not in a mood to write ;)
Posted by Nimmy at Thursday, September 28, 2006 No comments:

Email ThisBlogThis!Share to TwitterShare to FacebookShare to Pinterest
Labels: Nature

Vigilant vs. Operational Leaders: Changes at Ford, the Coke-Pepsi Fiasco, and Other Management Moments - Knowledge@Wharton

Yeah! I am back to doing one of my favourite things....reading up on the latest articles from the top business school magazines on management, leadership, innovation etc. I sort of liked this article as it tries to differentiate between mundane leadership and vigilant leadership. It is a story of risks and attitudes that encourage/discourage risk-taking and long-term thinking....reminds me of one more thing that I came across somewhere....it's about getting out of your comfort zone and seeing reality for what it is.
Posted by Nimmy at Thursday, September 21, 2006 No comments:

If destiny has taken you places, which bridge do you think is the most awesome of all?

PS: I am gathering information on bridges as I personally am fascinated by them....especially those that look unconventional....some of them are truly man-made marvels I think...
Posted by Nimmy at Monday, September 11, 2006 No comments:

Email ThisBlogThis!Share to TwitterShare to FacebookShare to Pinterest
Labels: Travel

The line between theory and practice...

It may be easy for the theoretically inclined to switch into the practical mode but not so for the people who belong to the second category. Am I right or am I right? ;D
Posted by Nimmy at Monday, September 11, 2006 1 comment:

Email ThisBlogThis!Share to TwitterShare to FacebookShare to Pinterest
Labels: Learning

Sometimes, life throws such seemingly menacing situations that seem like it will be the end of the world before they occur (something i am not ready for...it just can't happen to me...) and then like 'even this will pass'....or 'what else could I have done anyway...it doesn't matter'...or 'it did not kill me...i got through it....i made it' once it occurs..

Amusing....amazing....interesting....and what not! I recently went through one such situation....I had to throw away a lot of stuff that I thought I would never ever throw away...for even a million dollars...but I had to....thanks to the new airline baggage rules... :@...and thanks to some very 'friendly' and 'understanding' airline staff (ouch!...it is too hard to digest) from one of the airlines that is considered to be the best in some parts of the world (Middle east and Western region)! Boy, I simply closed my eyes and threw stuff like I'd been wanting to dispose them for ages while in reality it was anything but that. After the terrible experience, I happened to come across a newspaper cartoon quite coincidentally....it shows a guy with so many bags that he has to literally make use of his teeth to show his ticket and the caption reads 'Before 9/11' and then the second box shows the same guy without anything on and using just the ticket to 'clothe' himself.....if you know what I mean....! Boy, the situation couldn't be expressed better now I guess...and this is no joke.

At the risk of sounding highly philosophical, if you ever encounter a situation wherein you have to discard many a KG at the Airport and are either not prepared for it or just partially prepared for it....one way to look at it is as a spiritual experience. What will you throw? What is the criteria? How much did you pay for it? How much do you love it? What will you lose if you throw it? God! How many important questions to answer and how less a time to answer it in. A few minutes of hectic throwing and spiritual cleansing if you like....I'll probably come back and write more about this. But all I can say now is that life is just amazing at times....it loves to give you a surprise and see how you react to it....and however much you believe that you are not equipped for it, life also actually gives you the wherewithal for handling the situation. Believe in yourself!
Posted by Nimmy at Sunday, September 03, 2006 2 comments: 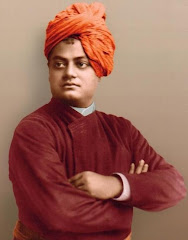 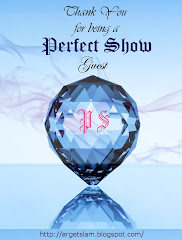